Mobs in Pirates of Voxel Play are prefabs which contains a skinned animation plus a series of script that handles its lifecycle.

All mobs can be found in Game/Scripts/Mobs folder: 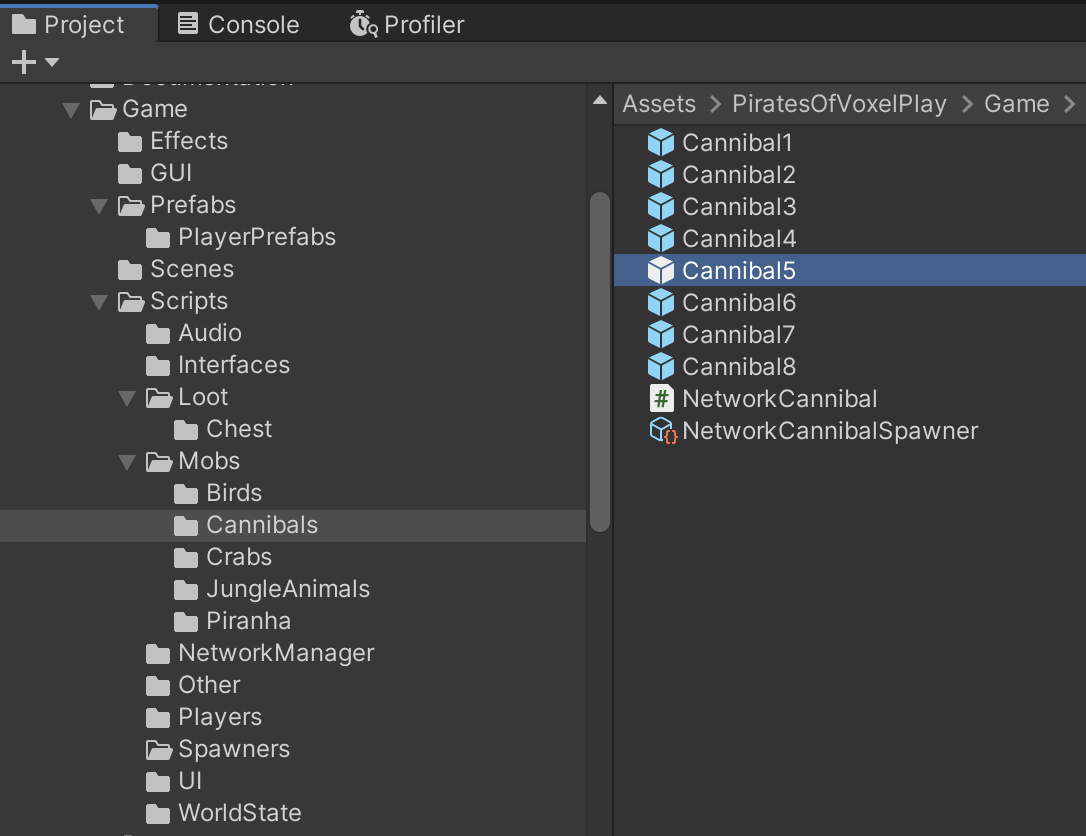 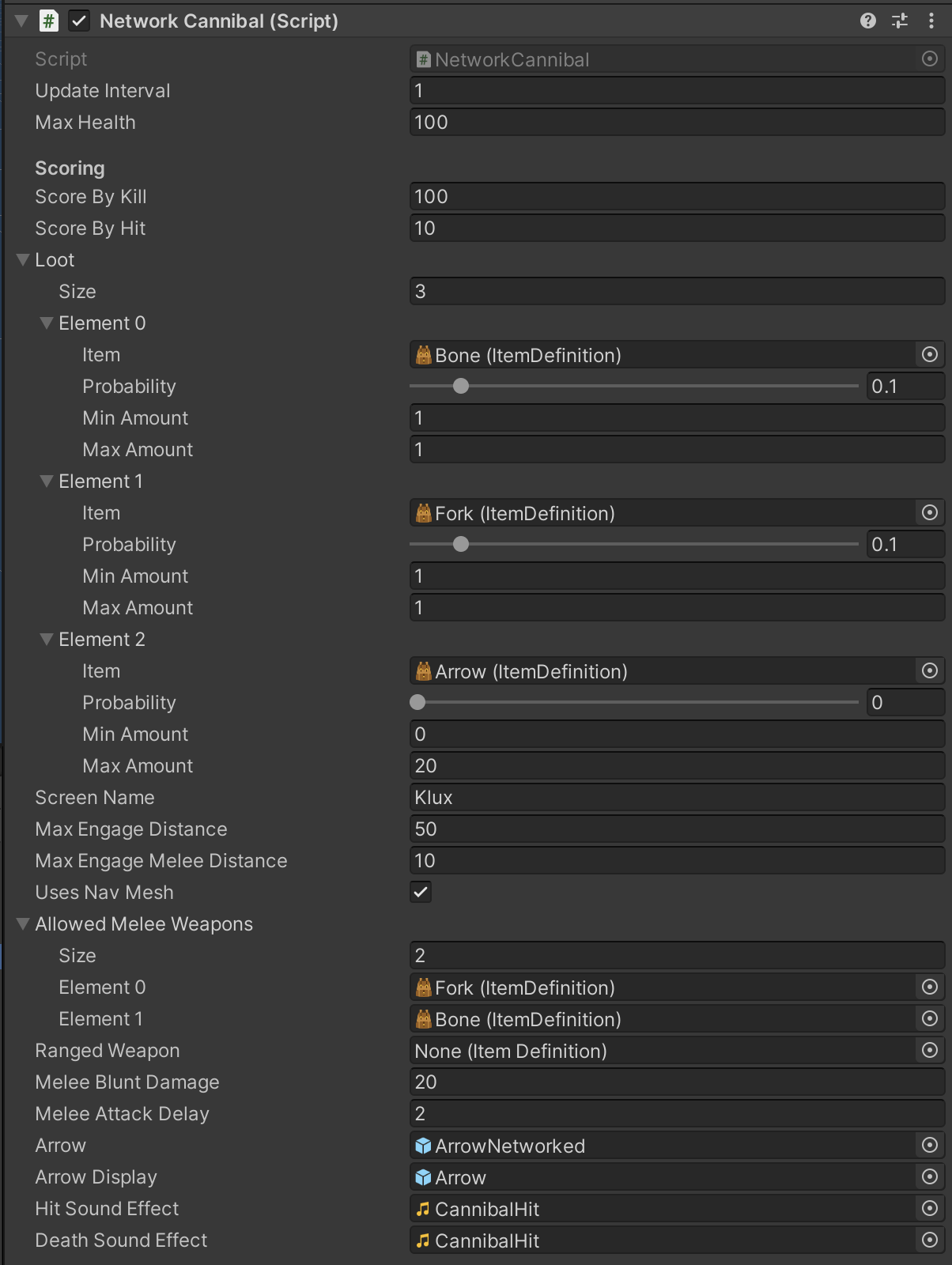 The NetworkCannibal script shown above derives from the NetworkMob base class and controls the movement and behaviour of this cannibal (for example, this script checks if player is in line of sight and switch its state to engaging the player and attack him, etc.)