Voxel Play includes a special terrain generator called "UnityTerrainGenerator" that translates terrain heightmap and its resources (splatmaps, trees and vegetations) to voxel definitions and models (for trees) with a few clicks.

To convert an existing terrain (eg. generated by Gaia or any other terrain generator tool), please watch the video below: 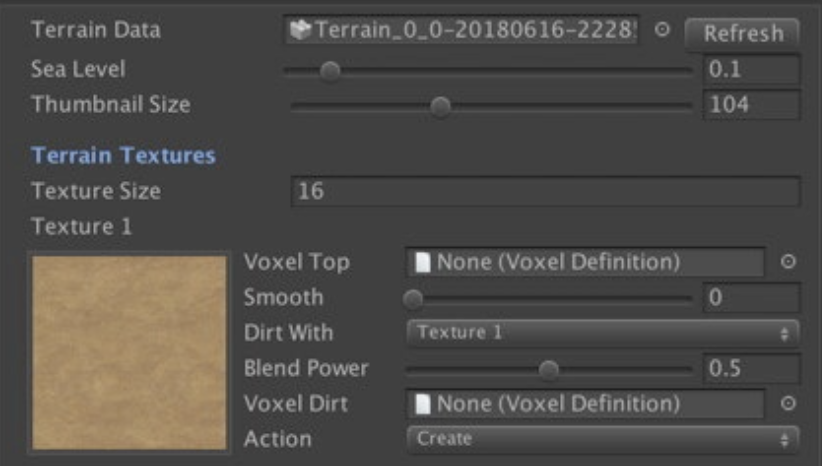 Each terrain texture will produce a Voxel Definition. 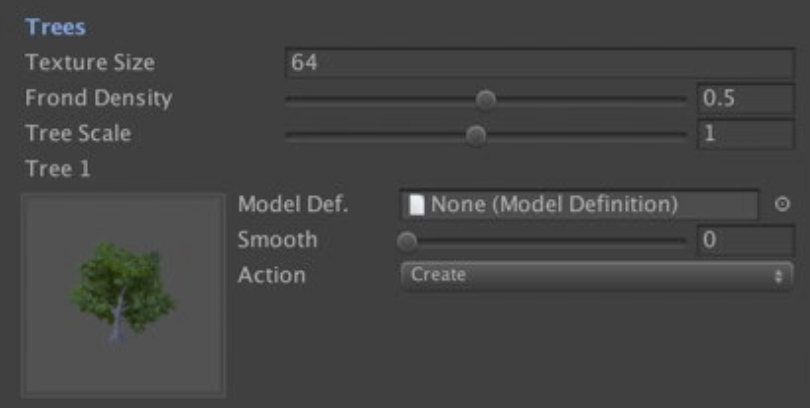 Each tree will produce a Model Definition which contains a collection of voxels of different types. The converter will produce on voxel definition per each material included in the tree prefab.

Similarly to terrain voxels, the converter creates one voxel definition for each vegetation texture used in the terrain.

Please note that the UnityTerrainGenerator tries to approximate the look of the original terrain. The elements to consider are:

- Heightmap: the original heightmap will be used so no differences here.

- Sea Level: you need to adjust the water level in the Terrain Generator field, just under TerrainData field (shown above).